“Nursing, as a vocation, is a response to a divine call to help the ailing” 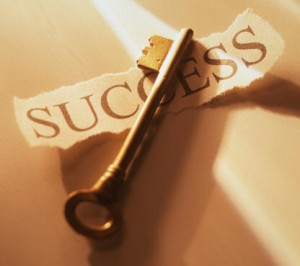 Success is not measured by how much you have accumulated wealth nor by just establishing yourself as a skilled practitioner of your chosen career or position. It includes developing maturity and responsibility in how you live your life. It involves the pursuit of wisdom more than the pursuit of arbitrary knowledge.

Nursing remains to be one of the toughest, most demanding and most stressful job, but it’s more than worth it if you’ve got the skills and aptitude for it.

Here is an OFW Nurse story who has performed an exemplary service to the citizens of Singapore. The letter is written by Irma Suing-Peñaranda, 43, currently works as corporate planning officer in a government financing corporation. Published in Philippine Star last February 25, 2010.

One of my younger sisters is an OFW who works as staff nurse at a government hospital in Singapore. She started her stint in that institution in October 2000 as a nursing aide, despite being a full-fledged registered nurse in the Philippines. After the initial work contract of two years, some of her batch mates moved to Canada, the UK, the US, and elsewhere in the world to seek greater compensation they deemed commensurate to their profession and expertise.

But my sister opted to stay. In her batch of more than a dozen nurses and midwives sent by the placement agency based here in the Philippines back in 2000, I believe she is the only one left in that hospital now. She is a very patient and dedicated person. From being a nursing aide, she was gradually promoted (with similarly minimal salary adjustments). And every year or so, she is a regular recipient of an award or citation for her dependability, dedication, competence and efficiency in her chosen profession.

During the SARS scare in 2003, she was home for a monthlong vacation to visit my ailing father, who passed eventually away in December of the same year. Worried that she might get infected with the dreaded syndrome, we, her siblings tried to persuade her not to return to Singapore, but to no avail. She returned as promised to her “sister” or Nursing Supervisor and upon resuming her duties at the hospital, was immediately quarantined for a few weeks with the sick and the dying. When SARS has been finally contained and things were back to normal in countries affected by it, my sister was one of the recipients of citations and medals from the government of Singapore for helping those who had battled the disease, particularly the medical workers.

Sometimes I could not understand why she opts to remain in Singapore despite the lure of higher pay in other foreign countries accepting Philippine nurses in their medical staff.  I presume if she had moved on to US, Canada or the UK, she could have easily been a millionaire by now (by Philippine standards) like some of her former colleagues. My mother at times would say in jest that in our place people think that she has lots of money and is well provided because she has an OFW daughter. If they only knew that my sister is a rare breed, not someone who really wants to earn too much. Someone who is very much focused on her nurse’s pledge to care for the sick.

Nevertheless, our family respects her decision not to be dictated by material gains. My sister puts more heart in her career than most other individuals who are in the same profession. She believes nursing, as a vocation, is a response to a divine call to help the ailing. Through all the years she has been employed in that hospital, she has been assigned in the oncology department, serving patients afflicted with the big “C.” Day after day she is a witness to many dramas of life unfolding in that corner of her world, where sometimes a ray of hope may peek amidst the darkening clouds. And at other times she tearfully shares that the only thing you can do for the case on record is to pray and hold the patient’s hand.