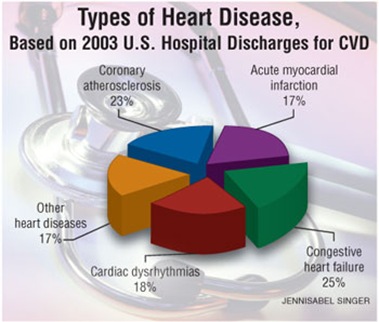 Right ventricular failure occurs when the right ventricle is unable to pump blood into the pulmonary circulation. Less blood is oxygenated and pressure increases in the right atrium and systemic venous circulation, which results in edema of the extremities.

Left ventricular failure occurs when the left ventricle in unable to pump blood into systemic circulation. Pressure increases in the left atrium and pulmonary veins; then the lungs become congested with blood, causing elevated pulmonary pressure and pulmonary edema.

Sweating results from sympathetic cholinergic fibers, there is extra work for the heart muscle, and there is less systemic blood flow.