Primary Symptoms of a Manic Attack

Liza is finally a few steps before reaching her goal, which is to become a Registered Nurse. Currently, she is on her 3rd year in nursing school and is about to attend their psychiatric affiliation. In line with this, she has to study a lot about psychiatric nursing including how to identify attacks. While browsing through study guides and books, she has come about a mnemonic that would help her remember how to identify manic attacks: DIG FAST. 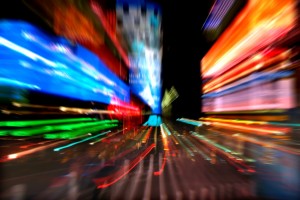 Distractibility is evidenced by an inability to screen out irrelevant external stimuli (e.g., the interviewer’s tie, background noises or conversations, or furnishings in the room). There may be a reduced ability to differentiate between thoughts that are relevant to the topic and thoughts that are only slightly relevant or clearly irrelevant.

The patient may experience excessive involvement in pleasurable activities that have a high potential for painful consequences including sexual indiscretion. Increased sexual drive, fantasies, and behavior are often present.

Inflated self-esteem is typically present, ranging from uncritical self-confidence to marked grandiosity, and may reach delusional proportions. Individuals may give advice on matters about which they have no special knowledge (e.g., how to run the United Nations). Despite lack of any particular experience or talent, the individual may embark on writing a novel or composing a symphony or seek publicity for some impractical invention. Grandiose delusions are common (e.g., having a special relationship to God or to some public figure from the political, religious, or entertainment world).

Frequently there is flight of ideas evidenced by a nearly continuous flow of accelerated speech, with abrupt changes from one topic to another. The individual’s thoughts may race, often at a rate faster than can be articulated and may resemble watching two or three television programs simultaneously. When flight of ideas is severe, speech may become disorganized and incoherent.

The increase in goal-directed activity often involves excessive planning of, and excessive participation in, multiple activities may it be sexual, occupational, political, religious. The person may simultaneously take on multiple new business ventures without regard for the apparent risks or the need to complete each venture satisfactorily. Also, there may be increased sociability, without regard to the intrusive, domineering, and demanding nature of these interactions and individuals often display psychomotor agitation or restlessness by pacing or by holding multiple conversations simultaneously. There are also individuals who may write a torrent of letters on many different topics to friends, public figures, or the media.

There appears to be a decreased need for sleep. The person usually awakens several hours earlier than usual, feeling full of energy. When the sleep disturbance is severe, the person may go for days without sleep and yet not feel tired.

Manic speech is typically pressured, loud, rapid, and difficult to interrupt. Individuals may talk nonstop, sometimes for hours on end, and without regard for others’ wishes to communicate. Speech is sometimes characterized by joking, punning, and amusing irrelevancies. The individual may become theatrical, with dramatic mannerisms and singing. Sounds rather than meaningful conceptual relationships may govern word choice (i.e., clanging). If the person’s mood is more irritable than expansive, speech may be marked by complaints, hostile comments, or angry tirades.