Feeding and Eating Disorders of Infancy and Early Childhood 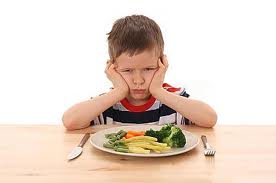 Feeding disorder of infancy or early childhood is characterized by the failure of an infant or child under six years of age to eat enough food to gain weight and grow normally over a period of one month or more. The disorder can also be characterized by the loss of a significant amount of weight over one month. The disorders of feeding and eating included in this category are persistent in nature and are not explained by underlying medical conditions. They include the following:

Pica is an eating disorder typically defined as the persistent ingestion of nonnutritive substances for a period of at least 1 month at an age at which this behavior is developmentally inappropriate (eg, >18-24 mos). It is seen more in young children than adults. Between 10 and 32% of children ages 1 – 6 have these behaviors.

Children with Pica may eat:

This pattern of eating should last at least 1 month to fit the diagnosis of pica. It is not yet known what causes pica, but research indicates that it may be related to mineral deficiencies such as an iron deficiency. However, often the non-food items that an individual chooses to consume will not contain the mineral of which they are deficient, so pica is not an alternative means of obtaining nutrients.

The term rumination is derived from the Latin word ruminare, which means to chew the cud. Rumination disorder is the repeated regurgitation and re-chewing of food. With this disorder, the child brings the partially digested food up into the mouth and usually re-chews and re-swallows the food. This regurgitation appears effortless, may be preceded by a belching sensation, and typically does not involve retching or nausea.

In rumination, the regurgitant does not taste sour or bitter. To be considered a disorder, this behavior must occur in children who had previously been eating normally, and it must occur on a regular basis, usually daily, for at least one month. The child may exhibit the behavior during feeding or right after eating.

Symptoms of rumination disorder in babies and young kids include:

This disorder is relatively uncommon and occurs more often in boys than in girls. It results in malnutrition, weight loss, and even death in about 25% of affected infants.

Feeding disorder of infancy or early childhood is characterized by persistent failure to eat adequately, which results in significant weight loss or failure to gain weight. This disorder is equally common in boys and girls. It occurs most often during the first year of life.