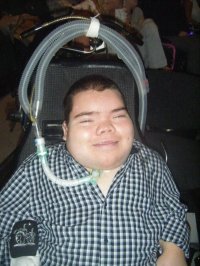 Morquio syndrome is an inherited disorder of metabolism in which the body is missing or does not have sufficient substance that is required to break the long chains of sugar molecules called glycosaminoglycans, formerly called mucopolysaccharides. These chains build up the bodu, causing damage to the organs and brain since they cannot be eliminated. Morquio syndrome is also considered to be a disorder of carbohydrate metabolism. The syndrome belongs to a group of diseases called mucopolysaccharidoses (MPS). Specifically, it is known as MPS IV.

Two types are recognized, with one being distinguished by complete lack of production of a necessary enzyme, and the other with an enzyme deficiency. In both cases, the inadequate enzyme production means that the body lacks the tools it needs to process long sugars.

There are two forms of Morquio syndrome: Type A and Type B.

The long-chain sugar molecules which cannot be broken down are known as the keratan sulfate sugar chain. The problem which occurs when these enzymes are not present in sufficient numbers is that glycosaminoglycans build up in body’s organs, including the brain, and these can cause major damage.

Morquio Syndrome can cause abnormal development in the spine and other bones, a large head, knock-knees, a bell-shaped chest, shortness, abrasive facial features and teeth that are too far apart. Patients with Morquio’s syndrome appear healthy at birth. They often present with spinal deformity, there is growth retardation or genu valgus in the second or third year of life.

There is no one treatment for Morquio Syndrome. Rather, each of the symptoms is treated as they appear. Spinal surgery is often needed. Sometimes neck bones are inadequately developed and a spinal fusion is performed to prevent spinal cord damage. There are continually on-going clinical trials by drug companies and the government to try and find new treatments for this disease.