A hysterectomy is a surgical procedure to remove a woman’s uterus. A woman may have a hysterectomy for different reasons which includes the following:

Your doctor might recommend hysterectomy, but the question is do you really need it?

Removal of the uterus is the second most common surgical procedure for women next to cesarean sections.  Before you consider having your uterus removed , make sure to consider all the possible risks involved. 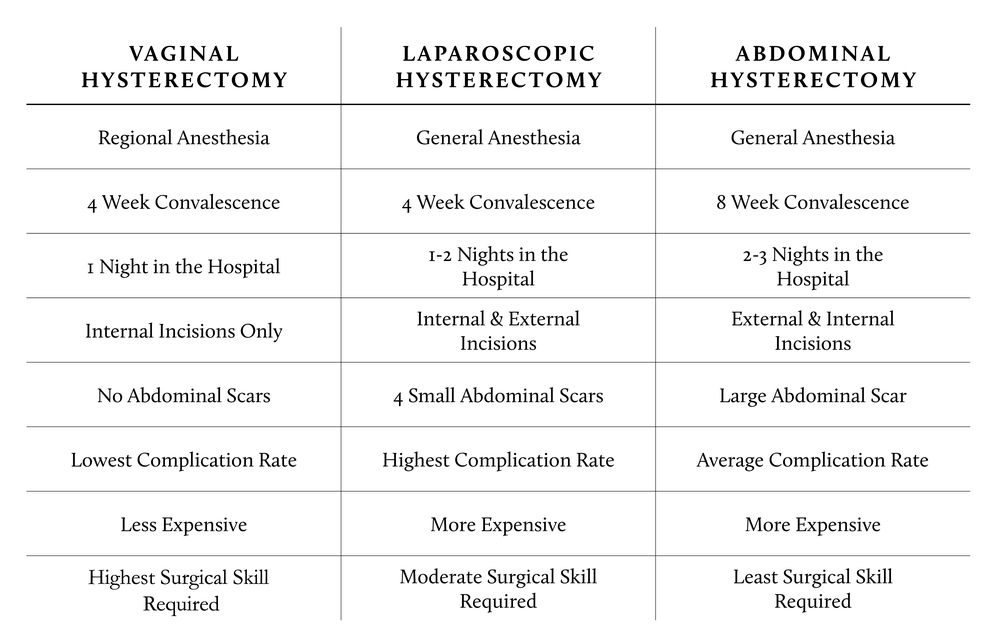 Although hysterectomy is the only way to treat uterine, ovarian, or cervical cancer. “Unfortunately,” says Laughlin-Tommaso, “cancer is one of the least common reasons that hysterectomies are done.” The most common, she says, are fibroids, uncontrolled bleeding, and uterine prolapse. Doctors might also recommend the procedure for endometriosis. Women who have fibroids or endometriosis have multiple options that don’t require removal of their uterus. Medicine, radiologic procedures, or minor, minimally invasive surgery can treat the pain and bleeding that these conditions cause.

For women who have a prolapsed uterus — when the uterus slips down into the vagina because weak pelvic muscles can’t support it — Kegel exercises can strengthen pelvic muscles and relieve minor symptoms. A device put into the vagina can support the uterus and relieve symptoms as well. Surgery to repair the pelvic floor may also be an option. “These alternative treatments have much lower risks,” says Laughlin-Tommaso. “So we want to reduce the number of women who have hystectomies and try different treatment methods.