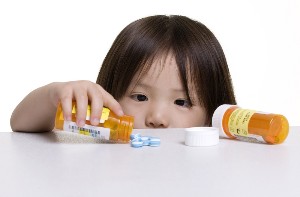 Several accidents happen in our homes, and most commonly the victims are our children. They are most prone to all sorts of accidents when they are still very young, especially during their toddler stage, when they have just discovered how to walk and to get to things that they shouldn’t have access to. Poisoning in children is not an uncommon incident and in fact is one among the leading emergency calls that most homes make.

Poisons are substances that are harmful to the body no matter how much or in what manner they enter the body. Drugs become toxic when they are taken in excess quantities or manners that are not therapeutic. The treatment goals when it comes to toxicologic or poison emergencies are primarily supportive; secondly, to prevent or lessen absorption; and thirdly, to supply an antidote.

Whether in adults or children, most poison management are the same, although the amount of antidote might vary as well as certain other considerations to make, bearing in mind that children do have smaller body frames and have still fragile bodies. The following will be a discussion on the main principles to keep in mind when it comes to poisoning.

Ingested poisons can have immediate or delayed effects. Immediate injury is caused when the poison is caustic to the body tissues, like for example a strong acid or a strong alkali. Other ingested poisons must be absorbed into bloodstream before they become harmful.

The first method in order to minimize or prevent absorption is to give activated charcoal. This can be mixed in tap water to make a slurry. Oral-activated charcoal absorbs the poison on the surface of its particles and allows it to pass with the stool. Multiple doses may be given. But prior to giving this to your child, ask advice from the poison control center first.

The second method that is usually used is stimulation of vomiting with syrup of ipecac. It is most efficient when given within 30 minutes after the ingestion of poison. Note though that this can only be given to patients or children who are conscious and have a gag reflex. Otherwise, they could choke on their vomitus and could cause blockage in the airway, which is another fatal problem.

However, issues have arisen with ipecac syrup use in children. According the Academy of Pediatrics (AAP), they no longer suggest its use in cases of poisoning. The main rationale for this, which was suggested back in 2003, is that research has not exhibited benefits from ipecac-induced vomiting. Aside from that, if activated charcoal was given first, this could only lead to the charcoal being vomited, which means nothing will absorb the ingested poison inside the body.l

The most important thing to point out with poisoning in children is that whatever it is that children can put in their mouths that can have potentially hazardous effects should be kept out of their reach. Assess every part of the house where your children might easily get into and could easily get their hands on things. Everything that you consider to be harmful substances should be kept in high places where they cannot easily access them. Drugs, especially, should be placed in safe and secured areas, such as locked cabinets.