Newborns, as they are welcomed to the world, have a lot of adjustments to make from the moment they are born. At the moment of their birth, they undertake a lot of physiologic changes. From an comfortable environment full of warmth and dark liquid, to a chilly, limitless, brightly lit, gravity based outside world. 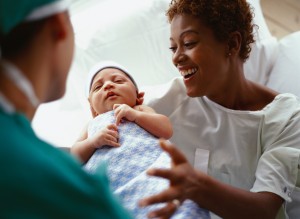 The nurse has a distinctive chance of closely observing and providing care for the newborn infant after delivery. Because the newborn infant is helpless at this period of time, his needs must be attended primarily by nursing personnel. Many nursing assessments and evaluations are carried out for the health of the infant.

These are interventions that are to be done after the first full breastfeed.