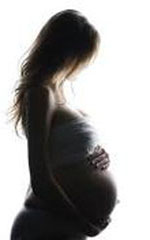 Women who are hypertensive or have high blood pressure during the early phases of pregnancy hold the highest risk of delivering babies who have birth defects, regardless of the use of the usually prescribed drugs for their condition according to a recent study published via the internet in the British Medical Journal.

The finding implies that, rather than the employment of prescribed antihypertensive medications during the early phase of pregnancy, it is the underlying hypertension instead that raises the likelihood of birth defects.

One type a hypertensive drug is angiotensin-converting enzyme (ACE). This drug is usually prescribed to deal with high blood pressure. It is already common knowledge that they have highly undesirable, even toxic results on fetuses during the second or third trimesters of pregnancy. However, what is still an unsolved issue is what their effects are on a fetus at the time of the first trimester of the mother’s pregnancy.

Thus, researches from the Kaiser Foundation Research Institute in California, headed by Dr. Ke-Kun Li, went on to find out if there was any connection between birth defects and employing ACE inhibitors at the time of the woman’s first trimester in pregnancy.

They evaluated data on a total of 465,754 pairs of mothers and infants from the Kaiser Permanente Northern California area ranging in the time frame of 1995 and 2008.

Assessment revealed that women who took ACE inhibitors at the first trimester of their pregnancy had a higher possibility of having a baby with some kind of birth defect as opposed to those women who had no high blood pressure or those who had not taken any type of antihypertensive drugs.

The group of researches wrapped off with this conclusion: their discoveries implied that it is highly likely that the underlying high blood pressure or hypertension rather than the employment of antihypertensive medications during the first trimester of pregnancy that raises the probability of birth defects in the baby.

In a supplementary editorial, Allen Mitchell, a Professor from Boston University stated that according to available researches, it would seem sensible to finalize that ACE inhibitor exposure during the first trimester of pregnancy pose no higher possibility of birth defects than several other antihypertensive medications, rather, it is the underlying hypertensive condition that puts the fetus at threat. He deems that, even though clinicians should really recognize as well as manage hypertension, most especially during pregnancy, there is still much to discover about how birth defects can be brought about by hypertension.