A good preparation for the upcoming labor and delivery prevents life threatening   risks to the mother and the baby. To have an idea when the estimated date of delivery (EDD) is, the nurse should have knowledge on the different estimates used for pregnant women. These techniques may or may not exactly point out the EDD or age of gestation, but it tries to estimate the age of pregnancy and possible date of delivery for the mother to be prepared.

Nagele’s rule is used to determine the EDD on the basis of the first day of the last menstrual period or LMP. To calculate the date of birth in this rule, subtract 3 months from the first day of LMP then add 7 days and change the year. For example the last menstrual period (LMP) began July 30, 2010. To determine the EDD follow the following steps: 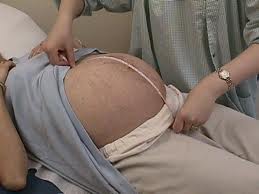 Johnson’s rule is used to estimate the weight of the fetus in grams. To determine this, a standard formula is used.

A fundic height of 28 cm, and the fetus is not engaged. 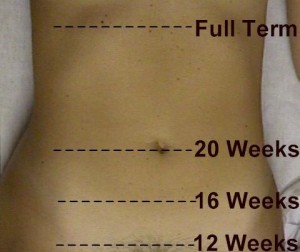 This method estimates the age of gestation relative to the height of the fundus of the uterus above the symphysis pubis.

By 3rd lunar month (12 weeks), the fundus is slightly palpated above the above the symphysis pubis.

By the 5th lunar month (20 weeks), the fundus is palpable at the level of the umbilicus.

On the 9th lunar month, the fundus is at the level of the xiphoid process.