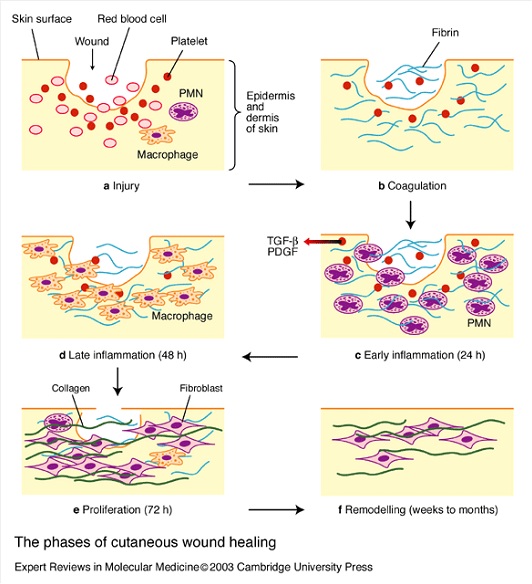 The response of tissue to injury goes through several phases which are:

Also called the lag or executive phase, the inflammatory phase is characterized by vascular and cellular responses that occur immediately after tissue injury takes place. The length of time this phase lasts is about 1-4 days. The following events occur during this phase:

The proliferative phase, also called the fibroblastic or connective tissue phase, is the time where fibroblasts are multiplying and a lattice framework is formed for migrating cells. Proliferative phase occurs during the 5th to the 20th day after tissue injury took place. The following events are noted during this phase of wound healing: