Getting to know the Broselow Pediatric Emergency Tape

The Broselow Tape to the rescue

The Broselow Pediatric Emergency Tape, which is also known as the Broselow Tape, is a color-coded tape measure that is used throughout the world for pediatric emergencies. It relates a child’s height as measured by the tape to his/her weight to provide medical instructions including medication dosages, the size of the equipment that should be used, and the level of shock voltage when using a defibrillator.

As said earlier, it is a need to calculate all the mentioned therapies for each child individually. Using this tape can help simplify some of the decision-making in an emergency by eliminating the need to estimate a child’s weight, which is usually used to calculate the correct dosage for a medication.

The Broselow Tape, which is recognized in most medical textbooks and publications as a standard for the emergency treatment of children, is designed for children up to approximately 12 years of age who have a maximum weight of roughly 36 kg (80 pounds).

The following list, for example, identifies which color zones correlate with each estimated weight zone in kilograms (kg) and pounds (lbs). 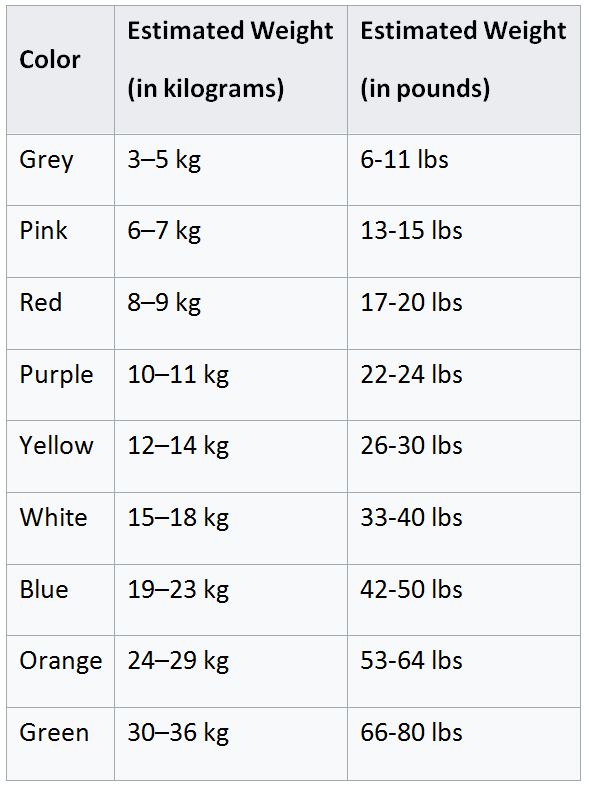 For one to be able to use the Broselow Tape effectively, the child must be lying down. The healthcare provider then uses one hand to hold the red end of the tape so it is even with the child’s head. The red part must be in line with the head (red to head). While maintaining one hand on the red portion at the top of the child’s head, you should then use your free hand to run the tape down the length of the child’s body until it is even with his/her heels and not the toes. The tape that is then level with the child’s heels will provide his/her approximate weight in kilograms and his/her color zone.

Pros of using the Broselow Tape

Aside from saving time, by using a color0coded system tool, the healthcare provider will be able to concentrate more on more important factors of care during emergency which includes securing the airway, maintaining circulation, making a diagnosis and securing appropriate transport.

Also, since the length measurement is taken directly from the child and a color is assigned, the healthcare provider wouldn’t need to rely on memory or calculations to select the appropriate size equipment or drug dosage.

Furthermore, equipment and medications can be organized and stored by color to allow easier access in an emergency.