We are often lectured on the “need-to-know-people” in Nursing Schools and seminars. We try to memorize their works, but tend to forget them after handing pieces of paper to our Clinical Instructors, which turn out to be exams. But do we really understand their work and their role in nursing history? Let’s get to know some of them find out what they did that made them famous and which molded nursing to what it is right now. 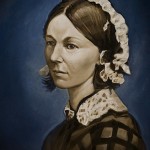 Who, in the nursing profession, doesn’t know the lady with the lamp? The term “nurse” is often synonymous with Florence Nightingale, who is considered as the most famous nurse of all time. Nightingale was a British nurse who worked during the 19th Century. A selfless nurse as she was, she fearlessly faced ruthless conditions in battle during the Crimean War. She was also a statistician and her devotion to reducing the deaths of British Army soldiers created some revolutionary conclusions on the existing conditions of patients. She also advocated cleanliness for all people in the hopes to reduce illness and death, thus the concept of dusting and cleaning. 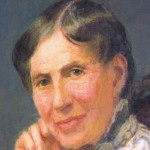 Also known as the “the angel of the battlefield” during the Civil War, her name is almost as closely related to nursing as Florence Nightingale. She is also the Founder of the American Red Cross in 1881, which she is known most. Being a lifelong philanthropist in the 1800’s, she was shaken at the number of lives lost in the Battle of Bull Run with lack of medical supplies as one of the causes. After that, she traveled with medical teams during the war and assisted as a nurse. She had no proper medical education before her efforts in the war. Her first accomplishments were as a respected & successful school teacher 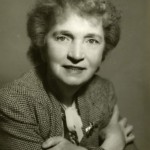 As she is one of the most famous nurses, she is also famous for being a women’s liberation activist in the world. She is an advocate of birth control & women’s health which wasn’t common when she was working as nurse in the early 20th century and founded the National Birth Control League which later became Planned Parenthood. She set up the 1st birth control clinic in the US and helped organize the 1st World Population Conference in Geneva in 1927. 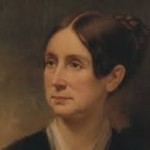 Also known as “Dragon Dix”, she was an early US nursing pioneer-predecessor and contemporary of Florence Nightingale. She served as Superintendent of Nurses during the Civil war era and was known for her patient advocacy. She was strong supporter for the mentally ill and for prisoners thus bringing about great changes in the policies of mental hospitals. She asked the MA legislature for reforms to end the inhumane conditions of the mentally ill. However, her unfortunate nickname, stemmed from the strict rules she enforced with her staff nurses.

These are just some of the most famous nurses in history. Others are Walt Whitman, who was a famous male nurse,  Mary Ann Bickerdyke who was famous for her ability to run army field hospitals, Linda Richards who was America’s 1st trained nurse, Hildegard Peplau who is considered as the mother of psychiatric nursing, Madeleine Leininger who was foundress of the worldwide Transcultural Nursing movement and many others.

They are people who were known for their wealth or economic background, but were just simple people who have lived and have proven themselves to be selfless, dedicated nurses. Their legacy has lived on for decades and still continues to inspire people to become compassionate and professional health providers.