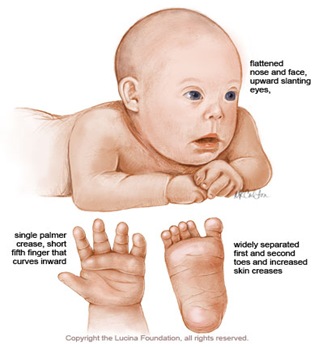 Down syndrome, Down’s syndrome, or trisomy 21 is a chromosomal disorder caused by the presence of all or part of an extra 21st chromosome. It is the most common chromosomal abnormality.

Etiology:
The cause is unknown and multiple theories exist. The concept of multiple causality is most accepted.

Pathophysiology:
The degree of cognitive and physical impairment is related to the percentage of cells with the abnormal chromosome makeup. 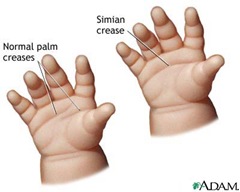