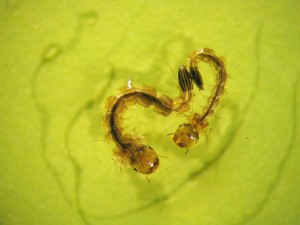 Chikungunya is a vector borne disease caused by Chikungunya virus. It is spread by mosquitoes belonging to the Aedes specie (Aedes aegypti and Aedes albopictus), the vector transporting the virus can be observed to be similar to that of Dengue Fever’s. This viral disease occurs in various parts of Asia, Africa and in some parts of Europe. Its presentation is almost the same as Dengue’s that’s why misdiagnosis of this disease frequently happens. Chikungunya comes from the Kimakonde language, chikungunya which would mean “to become contorted” or “to bend up”, this generally conforms to the appearance of individuals suffering the disease, that is – stooping down because of severe joint pains.

This viral disease presents an almost similar signs and symptoms of Dengue Fever, but with appropriate laboratory and diagnostic examinations, they can be distinguished. Some of these manifestations are the following:

In order to properly diagnose Chikungunya, the following tests should be performed:

Prevention starts by preventing the spread of these mosquitoes and avoiding their populace. One should use clothing that could protect their skin, the use of long pants and long sleeved shirts can be very helpful. Applying mosquito repellent lotion and putting up screened rooms (including doors and windows) and mosquito nets can prevent mosquito attacks. Promoting sanitation in the surroundings will be of great help, especially destroying and eliminating water-filled containers and habitats that facilitate breeding of these mosquitoes.  These mosquitoes thrive in water-containing areas, therefore, canals, bottles, vases and other possible habitats should be checked and made sure to be emptied. Vaccination may still not be an option right now since no vaccine has yet been developed.

Management of this viral disease focuses not onto directly treating the disease but rather control its symptoms. Chikungunya has no specific treatment until now. Supportive therapy will be an excellent option to cater the disease’s presentation. Management of the signs and symptoms is the regimen of choice for this viral disease. NSAID (non-steroidal anti – inflammatory drugs) are used to relieve arthritis and associated symptoms. Other therapies would center on relieving other manifestations. Chikungunya disease has better prognosis in the younger population than the older populace.