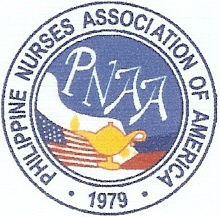 According to Philippine Nurses Association of America (PNAA), Filipino nurses seeking employment in the US can be assured that talks are going on between nurse communities and senators in the US to include in their health care reform the end of visa retrogression.

During the opening of the 7th PNAA International Conference in Cebu yesterday, PNAA President Leo Felix Jurado admitted that there are no available visas for nurses who are planning to work in the US due the Visa Retrogression where previously current dates on the quota bulletin go backwards and became unavailable.

As of December last year for applicants from the Philippines, visas shall be processed only through to August 2005.

The PNAA President said that they are constantly monitoring the development of the bill while clinging to their high hopes that US will soon adjust its bulletin to accommodate more nurses since the current retrogression also presents challenges to hospitals, nursing homes and health care employers who are confronted with worsening nursing shortage. The retirement of RNs compounded by the increasing demand for health care services continue to create a hole in health care services of US.

PNAA is also coordinating closely with nursing schools and other institutions to increase the quality of nursing education that would in turn increase their competency and job qualification.

PNAA has also initiated a Memorandum of Understanding, to hire more Filipino nurses, with other countries other than US such as Canada.

The Philippines, nevertheless, remain the number one source of foreign nurses in the US and there are an estimated 85,000 in different states.