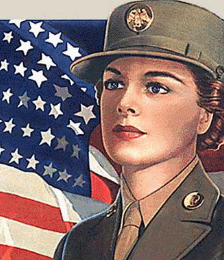 Most of us are already probably aware that combat troops suffer physical wounds. Not only these they go through emotional toll as well. Yet, think of another group of people that have to go through a more complex type of war: combat nurses.

Combat nurses do not have the right armory to keep themselves protected within a war zone. They provide treatment for those people who are seriously wounded, some of these people are innocent ones, while some of these are those who would like to take their lives. They toss their energies in keeping patients stable who are then thrown yet again to an unidentified outcome. And upon coming home, they do not know anyone but other combat nurses can comprehend what they have witnessed and what they have done.

These nurses are the topic of a slim treatment coming from Portland’s Arnica Publishing called “Angel Walk: Nurses at War in Iraq and Afghanistan”, which is partly oral history, and partly resource guide. The authors are trained nurses as well, Diane Vines from the University of Portland’s School of Nursing and Sharon Richie-Melvam, an Army colonel who has retired, and they have been White House Fellows. They have done interviews with Army nurses who have served in Vietnam, Afghanistan, Iraq, and at the back of those clashes. The bottom line they came up with: being a combat nurse is viciously hard, particularly emotionally. And it is awfully lonely in the end.

Perhaps the most powerful portion of the book is in the mid section, where the nurses express their experiences just about unfiltered by the two authors.

One nurses stated that the detainees would tell them that they are grateful for the care they have been given, but if it were done outside of the hospital, they would kill them.

Providing care to this kind of patient is hard enough, but think about another way that disaster can flow outside. One other nurse stated that she has learned to become familiar that the escorts of wounded soldiers were usually in cruel pain themselves.

A soldier who has ushered a friend, who was just slain, to the emergency room had a “frightened” look in his eyes, said the nurse. She went after him just as he got to his rifle and she shouted at him not to touch the weapon, where the soldier replied that he just wanted to die. It appeared that his wife had just explained to him the day before that she was pregnant, not by him but by another man, who was his best friend, the soldier that was just slain.

Military nurses are there at a number of the most intense times of life, and, more often than not, the final ones. The services that they offer are worthy of the attention provided by “Angel Walk”.