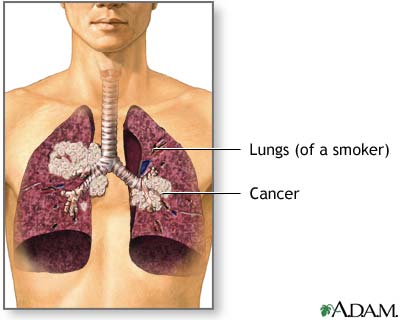 Lung cancer is a disease of uncontrolled cell growth in tissues of the lung. This growth may lead to metastasis, which is the invasion of adjacent tissue and infiltration beyond the lungs. The vast majority of primary lung cancers are carcinomas of the lung, derived from epithelial cells. Lung cancer, the most common cause of cancer-related death in men and the second most common in women (after breast cancer), is responsible for 1.3 million deaths worldwide annually. The most common symptoms are shortness of breath, coughing (including coughing up blood), and weight loss.