What’s New in Healthcare: Doctors Successfully Transplant HIV-Infected Organs in the US For the First Time 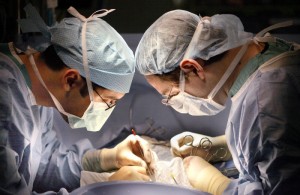 A new source of transplant organs for patients with HIV has been discovered in the US – which happens to be others with HIV. Physicians from Johns Hopkins Medicine have performed two breakthrough organ transplantations which involve an HIV-positive liver and kidney. These transplantations are considered a historic precedent that will do much to lessen the continuing organ shortage, while paving the way towards similar transplants involving other diseases.

The organs where from a HIV-positive Connecticut woman who died earlier last month (March). Her family decided to donate her organs to those who needed them. Her kidney and liver were successfully transplanted into two recipients, both of whom are HIV-positive. This breakthrough is said to end a 25-year-stretch in which it was illegal in the US to use HIV-positive organs for transplants. The surgery involving the liver was a world’s first, while the kidney transplant was the first in the United States.

Dr. Dorry L. Segev, transplant surgeon with the Johns Hopkins University School of Medicine, led the team that performed the surgery, and says that he and colleagues first started talking about doing such a procedure six years ago. He said a press statement, “This is an unbelievably exciting day for our hospital and our team, but more importantly for patients living with both HIV and end-stage organ disease. For these individuals, this could mean a new chance at life.”

Segev adds that deceased HIV-positive patients represent an important new source of critically-needed organs for transplants as he estimates that 500 to 600 donors are available each year, which could save over a thousand lives. Since there are about 122,000 people on the transplant waiting list in the US at any given time, of which thousands die each year, these said donations would do much to address the ongoing donor shortage in the United States.

Back in 1988, a law had made it illegal for people with HIV to donate organs when they died. “At that time, in the 1980s, this made sense,” Segev says, “because HIV/AIDS was deadly disease.” And medical accidents with HIV had made transplant teams skittish.

According to Dr. Peter Stock, a transplant surgeon at the University of California, San Francisco, “the virus had been transmitted inadvertently in quite a number of patients with solid-organ transplants.”

But by the 1990s, better treatment allowed people with HIV to live a lot longer than they used to. And that also meant that a lot more of them needed organ transplants.

In a 2010 study, Stock and other scientists found that transplant recipients with HIV did about as well as recipients who were HIV-negative. By that point, doctors in South Africa (where nearly 20 percent of adults under age 50 have HIV) had started successfully transplanting HIV-positive organs.

In November 2013, President Obama reversed the 1980s legal ban on such transplants in the U.S. — with bipartisan support.

A first in the US

The surgery was made possible with the passage of the HIV Organ Policy Equity Act of 2013 and the recent approval from the United Network for Organ Sharing. The policy reversal was motivated by recent advances in antiretroviral drugs and other therapies which have done much to lessen the toll of HIV/AIDS (however these therapies often cause liver or kidney failure). Furthermore, surgeons have developed techniques and protocols to make sure that the HIV virus doesn’t spread to the medical team.

Segev said, “this was a six-year challenge that involved identifying a problem that affected our patients, doing the research to better understand that problem, taking that to the Hill, getting the bill passed.” Currently, he and his colleagues are working to make sure that the two patients (one is already at home, the other recovering in the hospital) who got these organs stay healthy. The doctors also are working with 30 other hospitals in the U.S. to get similar surgeries going across the country.

In the future, transplants could involve other organs, such as lungs, pancreas, and intestines. Likewise, this milestone could influence similar surgeries for patients infected with other communicable diseases, such as hepatitis C. At present, surgical teams from two different US universities are planning to use hep-C-infected kidneys for transplants later this year.