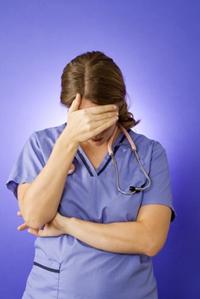 One of the dilemmas that most health workers face is whistleblowing. Incidents of whistleblowing apparently have several undesirable, effects on the overall emotional welfare of the people involved and a study  has suggested that these people’s colleagues and employers alike hold the responsibility of giving them the support and help they need. This study was published in the Journal of Clinical Nursing in October.

Researchers from Australia did extensive interviews with nurses whose actions had been affirmed by whisteblowers as well as whistleblowers themselves.

Among the troubles that were claimed by the nurses who participated in the research included nightmares, problems with alcohol, overwhelming anxiety, and paranoid behavior in the workplace. All of the participants were female and who hold nursing experiences of between 2 and 40 years.

The group who undertook the research already hold substantial amount of experience of whistleblowing matters and have in fact published studies into the rationale for such action, along with its outcomes on relationships with co-workers, experiences of anonymity, and delinquency within organizations.

According to Dr. Kath Peters, head author and nurse researcher who hails from the School of Nursing and Midwifery at the University of Western Sydney, they have already discovered from past studies that whistleblowing brought about negative effects on every aspect of a person’s life, however, this study focuses on how these emotional troubles can be long-lasting and intense. The nurses they had interviewed shared such problems as tremendous and chronic distress, acute anxiety, flashbacks, nightmares, and disturbing thoughts.

The authors emphasized as well that those nurses who did the whistleblowing might not be prepared for the result it will give their personal, emotional, physical as well as professional welfare. But they also emphasized how important whistleblowing has taken part in major inquiries and that it has brought about improvements in the quality and safety of healthcare.

Dr. Peters further stated that whistleblowing is an issue not solely limited in the medical profession but for all other industries as well. Whistleblowing could get organizations to develop a defensive attitude in order to keep safe their personal interests and might label those who do the whistleblowing as troublemakers. This could result in an aggressive workplace and could even be worse as to result in ostracism, bullying, hostility, and victimization.

Co-author Professor Debra Jackson, a member of the Faculty of Nursing, Midwifery, and Health at the University of Technology, Sydney stated that this study highlights the severity and length of the emotional discomfort that the involved women went through, which makes it different from previous studies. She further stated that health managers definitely play a major role in giving continuous support and care for whistleblowers and those affected by whistleblowing alike.

The authors aim to make organizations, not only in the nursing profession, aware of the undesirable effects of whistleblowing so that they can come up with support mechanism to provide to those involved.