To Infinity and Beyond: Space Nursing

Ricci stares at his ceiling filled with glow-in-the-dark plastic stars. He has always been fascinated by the night sky, how magical the stars look as they blink and look like beautiful diamonds, how interesting constellations are.

“Lucky are those who get to travel and go to other planets, their experience must be beyond awesome,” he thinks to himself. As a kid, he dreamt of becoming an astronaut, as he grew old, his focus shifted and he enrolled in nursing school. Yes, he loves being a nurse, the idea of helping those who are sick and playing a role in their recovery. However, no matter how much he loves his chosen profession, he still can’t help but think about the possibilities and what his life would’ve been if he pursued being an astronaut. What if he didn’t choose nursing? What if? What if. 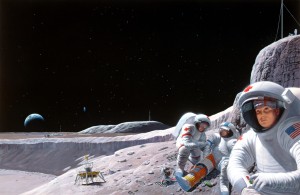 So, you have been admiring Buzz Lightyear from Toy Story since your childhood years. Back then, you were always thinking about how it must’ve felt like flying from the outer space. Then you’ve grown and understood the idea that some things are just not real and that Buzz was just a fictional character. Still, your fascination about space didn’t diminish even though you’re already a nurse. Too bad you can’t serve two masters at a time, too bad this isn’t possible. Or so you think.

Space nursing is the nursing specialty that studies how space travel impacts human response patterns. Just like space medicine, it also contributes to knowledge about nursing care of earthbound patients.

We may have not known about it, but nurses have been part of aviation and flight since the beginning of commercial flights in the 1920s and in 1958, nurses worked closely with medical teams to determine the fitness of astronauts for space exploration.Back then, nurses helped observe the effects of spaceflight on astronauts upon their return from missions.

Lt Dolores O’Hara and Lt Shirley Sineath were the first nurses assigned to work with the first seven Project Mercury astronauts. Their role was to develop emergency hospital kits for the astronauts, assisting with astronaut examinations and had to ensure that the astronauts could manage casualties, plan for disaster control, as well as provide first aid in the event of an emergency.

In the present, space nursing facilitates focused, specialized and diverse roles, mirroring the overall trends of the profession, which is a far cry from what it was back in its earlier days.

Specifically, the roles of space nurses are as follows:

There exists an organization relating to Space Nursing, founded by Linda Plush with the help of Dr. Martha Rogers and is based on Rogers’ Theory, the Science of Unitary Human Beings since it is believed that this could provide a unique understanding of life and health in space.

The Space Nursing Society, which is an international space advocacy organization devoted to space nursing and space exploration by registered nurses. It is an affiliated, non-profit special interest group associated with the National Space Society and was founded in 1991. Its members come from around the world including Australia, Canada, Czech Republic, England, Germany, Greece, Scotland and the United States.