Speaking up for the Most Ethical and Honest Profession 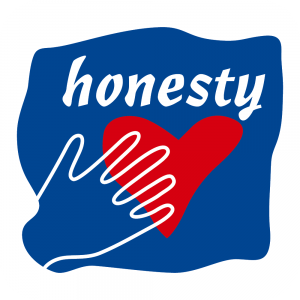 Nurses work at the forefront of providing direct patient care.  As such, nurses are confronted with many issues and tribulations.  Despite this, nurses still work paramount to provide safe and quality care while observing ethical and legal aspects of practice.  With utmost dedication, nurses are regarded the most ethical and honest professionals.  Who wouldn’t be proud to be a nurse?  Gallup Inc., 2010 polls reveal that nurses top honesty and ethics list for the 11th consecutive year.

It was in 1999 when Gallup first asked its respondents to rate nurses in terms of honesty and ethical standards of profession.  Since then, the nursing profession has maintained its number one spot.  The survey which was based on telephone interviews with a random sample of 1,037 adults, selected using random-digit-dial sampling revealed that 81% of Americans believe that nurses are the most honest and ethical professionals.  Although there is a decline in the percentage garnered, nurses are still topping the list followed by military officers, pharmacists, grade school teachers, medical doctors, police officers, clergy, judges, day care providers, and auto mechanics comprising the top ten.

The presented facts and figures are not meant to boast the profession but to further boost it.  Nursing has long been depicted as a noble profession and the findings of the Gallup study is one of the many that characterize nurses.  Findings such as that of Gallup uplifts the spirit of nurses inspite of disparity.  In addition, it is also worthwhile to recount statements made by very notable and highly regarded individuals for nurses and their practice of nursing. The presence of nurses with their care, warmth, and interaction with patients, Her Royal Highness, the Princess Royal of England once said “…technological improvements do not do away with the importance of having that link with an individual, that response from another human being, which is what nursing perhaps defines most clearly.”   Moreover, former President of the United States Bill Clinton also shared that “in a variety of settings, from hospitals to homes to long-term care facilities, nurses serve patients and their families with skill, earning their trust and lasting gratitude.”  And just like the situation in Libya where nurses stayed to care for their patients despite the increasing tension, this is a truth to the statement of Dr. Gro Harlem Bruntland, Director General, WHO, “I know that nurses will continue to be there when it is needed – when people suffer and the vulnerable need care and assistance.”

And as a testament that nurses works and efforts are not in vain, The Reverend Dr. John Sentamu, Bishop at Westminster Abby highlighted that “…nurses are the unsung heroes of the health profession.”