POEA Eyeing Jobs for Pinoy Nurses in Australia in 2012 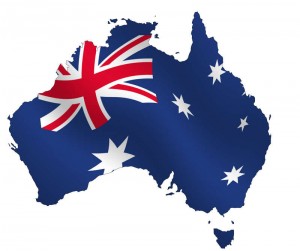 The Philippine Overseas Employment Administration (POEA) targets Australia as the next employment destination of Filipino Nurses and skilled workers in 2012.

Labor Attache Jalilo Dela Torre of the Philippine Overseas Labor Office (Polo) reported that the shortage of nurses in Australia is 40,000 until 2015, while the construction industry is projected upward to 750,000 construction positions over the next 20 years.

Australia is still one of the least explored frontiers for skilled Filipino workers and professionals.

According to POEA Administrator Carlos Cao Jr., “this is now the opportune time to provide viable solutions to the growing number of jobless and under-employed Filipino nurses now already numbering close to 300,000, including the 68,000 who just recently passed the latest nursing board examinations.

“With its mining and construction boom that run short of skilled workers and its healthcare system now with an acute need for registered nurses and other allied professionals, there are tremendous opportunities to widen the gateway for jobs for Filipinos in Australia across all industries and across all states and territories,” Cao added

Between 2009 and 2011, Australia took in 107,868 skilled migrants, and between 2011 and 2012, a 17 percent increase is planned, with the Federal Government projecting another 2.4 million migrant skilled workers in the next four years.

By 2050, twenty five percent of Australia’s population of 23 million will be over 65 years old, and by then, the country will need 5.2 million skilled migrants.

Every two minutes and 38 seconds, Australia welcomes a migrant from overseas.

Australia is a multi-cultural society with seven percent Asians and 2.3 percent aboriginal. Also, 40 percent of the Australian population are foreign-born or with parents overseas.

With Australia’s “huge skills crisis”, the number of workers under the “Skilled Migration Scheme” is capped at 180,000 every year, showing that there is still plenty of territories and possibilities to explore.”

Tags: how to apply in australia as nursejob opportunities australiajobs for filipino nurse australia