One of the most dreaded part of hospitalization for patients is getting blood tests. One would always hate it when they would be stung by a needle to draw blood samples. Not only that, but they also cost a great sum of money, too. However, that wouldn’t be a problem anymore as a new innovation in healthcare has been introduced – say hello to cost-effective, fast and painless blood testing.

This new art of blood collection uses a drop of blood drawn from the fingertip in a virtually painless procedure. Furthermore, test results of the blood test are made available within hours of the original draw and are estimated to cost as little as 10% of the traditional Medicare reimbursement.

Is it goodbye to needles? 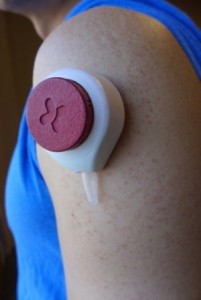 Innovations in healthcare have been known to be advantageous in the past years. They have made patient care a lot easier, more efficient and more effective. One of the innovations introduced involves one that helps simplify blood collection and processing for testing and diagnosis. When blood testing has always been synonymous to pain, this new procedure is painless, more accurate, faster, and significantly less expensive than the blood testing method we’re used to. The device is the size of a ping pong ball which aims to painlessly draw blood without using a needle.

When we say blood test, one would often imagine a tourniquet applied to a patient’s arm in a doctor’s office, a needle used to take numerous vials of blood for testing, followed by days to weeks for a doctor to obtain the results from a commercial laboratory. While puncturing the skin have brought horror to patients in recent years, the disposable gadget on the other hand uses a delicate vacuum, instead of utilizing the needle to break the skin and enter the vein, to suction blood from your microscopic vessels called capillaries into an attached container . The process, which takes about two minutes, gently sucks up enough blood for routine tests such as measuring cholesterol.

Blood is considered as an important diagnostic element in healthcare. There are research studies that indicate that seven to eight of every 10 clinical decisions made by doctors are based on results obtained from blood draws. This is because blood is used to measure cells, lipids, proteins, sugars, hormones, tumor markers, and other blood components.

While results are used to diagnose and treat many diseases, such as cardiovascular disease, Type 2 diabetes, thyroid disorders, kidney disease, and many cancers, there are also certain sophisticated blood tests that can also exactly tell doctors when a treatment has lost its effectiveness, allowing them to stop a drug before the patient’s safety is put at risk.