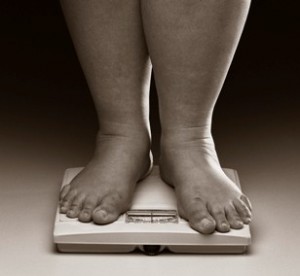 If you haven’t noticed, lately there seem to be more and more people getting on the “heavier” side. The number of overweight people has increased quite fast. As a matter of fact, according to the World Health Organization, the worldwide occurrence of obesity has increased ever so quickly since 1980. As of 2008, about 1.5 billion adults, aged 20 years and older, were overweight, with 200 million of these men and around 300 million of these women. Now, 65% of the total global population reside in places where overweight and obesity are common causes of deaths. In 2010, it was found that about 43 million of children who were below 5 years old were overweight.

The good news about all of these is obesity can be prevented.

So what exactly are overweight and obesity? These are given the definition of an irregular or too much fat build up that could harm health. The mainly used classification is the body mass index (BMI) to determine what is overweight and obesity in people. This is a plain guide for weight-for-height. This can be described as the weight of a person (in kilograms) divided by his height (squared in meters) or kg/m2.

Although BMI serves as a very helpful measure for overweight and obesity, it should be very well noted that it can be regarded as a rough guide for the reason that it might not match to the same level of fatness in various individuals.

The most apparent reason for obesity and overweight is the overconsumption of calories. This leads to an imbalance in energy whereby the acquired extra calories are not expended. Worldwide, the most common trends that have been observed include:

The Truth about Overweight and Obesity

Most people might see these weight issues as just poor self-control for those whose BMI are around 25-30, but the truth should be known about what overweight and obesity really are. Every year, about 2.8 million people, mainly adults, die from being obese or overweight, making them the 5th main risk for deaths worldwide. Furthermore, overweight and obesity have been pointed as the main contributors for disorders such as diabetes, ischaemic heart disease, and certain cancers.

The alarming rates of deaths brought about by overweight and obesity ought to encourage preventive measures and more consciousness about weight. Some of the things that a person wishing to keep from being overweight and obese include: