Is Nursing for Women Only? 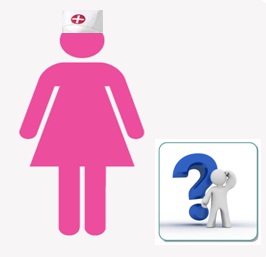 Times have definitely seen changes when it comes to the profession of nursing. We see a lot of men taking up nursing at schools and universities and we see them more in number in hospitals than what could have been observed years back, say maybe 5-10 years ago, even rare past these given years.

Even with these changes, though, there still exists a discrimination against male nurses in most schools. For one, when referring to the nurse, they still use the feminine gender. The males are mentioned though, but cited out only as the male patient who needs the assistance and care of the female nurse. Now these things might take time to be wiped out, if not wholly at least reduced, but given that the first authors of ancient nursing records have mostly been women, particularly by the mother of nursing herself, Florence Nightingale.

But nursing isn’t limited for women only, nor should it be believed to be so. Although female nurses do have more gentle touches, this saying that men are stronger and could have less than gentle touch but not concluding so, male nurses have more stamina and more strength, especially observable in times when patients need to be lifted and in working more waking hours. I have personally observed this having worked with both male and female nurses around. But this is not to say that female nurses do not have the capacity to work more hours though, because there are those who can too.

There are about 5.4% male nurses of the 2.1 million of registered nurses who are employed in the profession of nursing in the United States, based on the National Sample Survey of Registered Nurses carried out in March 1996 by the Health Resources and Services Administration.

Looking back in history, during times of plagues that have swept allover Europe, the roles of male nurses were as main caregivers. During the 3rd century, several men made a hospital and gave nursing care in the Parabolani. A lot of other male nurses have been around all through the Middle Ages too. The Benedictine nursing order as well as the Alexian Brothers are two such organizations with male nurses that are still around until the present time.

Seeing that a lot of Western countries are encountering nurse shortage, a lot of governments as well as nursing schools are actively enlisting more men as nurses. For instance, the time when the University of Pittsburgh raised its admission requirements for it program in nursing, the amount of male applicants jumped drastically.

So to the question “Is nursing for women only?,” this article should provide an insight on the personal opinion of the author and on historical as well as current facts regarding the matter.