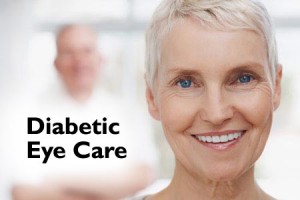 It’s no question how much healthcare has benefitted from the rise of new technology and the incorporation of innovations. With rising demands and new challenges emerging throughout the years, the healthcare profession must develop ways in order to cope and address these pressing issues, such as through acknowledging the importance of and adapting modern technology into the profession.

Not only has technology contributed to more efficient and effective patient care and made life much easier for healthcare professionals, it also made room for much improved and better patient outcomes. In fact, it has made visions, which were once thought of as impossible, happen.

One of the most recent technologies acknowledged by the field is the scanning technology which was deemed as beneficial when it comes to diabetic eye care.

A national clinical trial led by Joslin Diabetes Center’s Beetham Eye Institute suggests that ultrawide field (UWF) scanning technology significantly improved the ability of experts at a remote central location to identify diabetic retinopathy in a patient, and to judge whether the eye disease warranted referring the patient to an ophthalmologist for further care.

According to Paolo Silva, M.D., staff ophthalmologist and assistant chief of telemedicine, and lead author on a paper appearing today in the journal Ophthalmology, the national trial confirms findings of earlier research on Beetham patients with UWF imaging.

“These data demonstrate that when we deploy this technology in a community-based setting, we can achieve the same magnitude of reduction in ungradable images and increased identification of eye disease as we saw in the academic research environment,” he says.

The IHS-JVN national network evaluates over 18,000 patients each year. Improved imaging for that total population would translate to almost 4,000 patients who otherwise would have been given urgent referrals for care that ultimately would not have been needed, Silva adds.

The wonders of UWF

Traditional Early Treatment Diabetic Retinopathy Study (ETDRS) photography, which has remained the gold standard for diabetic eye imaging for decades, combines seven retinal photographs to image about 30 percent of the retina. In contrast, “with UWF, we’re able to see 82 percent of the retina in a single retinal image, with high resolution,” Silva says.

The chances that UWF imaging will produce ungradable retinal images increases with age, partly because people with diabetes are at a much higher risk for developing cataracts than people the same age without diabetes, says Silva. In the study conducted, UWF imaging did perform significantly better with older eyes than did conventional retinal imaging.

As Joslin researchers reported in another Ophthalmology paper last year, it has also been discovered that UWF imaging detected peripheral retinal disease in about 10% of the patients. These peripheral lesions are located outside the retinal area captured by ETDRS images and can help ophthalmologists predict which eyes are most likely to progress to more advanced stages of diabetic retinopathy.

UWF camera systems remain much costlier than conventional retinal cameras, with price tags that can exceed $70,000. However, the latest study underlines the significant advantages they can provide, says Lloyd Paul Aiello, M.D., Ph.D., Director of the Beetham Institute, Professor of Ophthalmology at Harvard Medical School and senior author on the Ophthalmology paper.

“Utilizing this new type of camera technology, we can more easily obtain the images, we can read the retinal images faster, we have fewer images that are unusable, and we pick up more disease than we could in the past. And we have now shown this substantial benefit in a large real-world setting,” he adds.

A broader national comparison study is now underway in the Diabetic Retinopathy Clinical Research Network, with its initial results expected by late 2016. “If that study also shows that we can use this technology reliably, we expect this type of imaging will used much more commonly,” Dr. Aiello says.