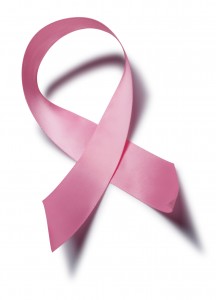 Hormonal changes have always raised questions regarding the risks of cancer should the levels go up beyond normal. Just recently though, a research revealed that elevated amounts of a number of hormones may in fact triple the possibility of breast cancer for women who are in their post-menopausal stage.

Scientists examined at the combined outcome of various growth and sex hormones on a woman’s cancer probabilities.

They observed that a hormone that has a higher than the usual amounts raised the risk for breast cancer by up to 10% as opposed to having no increased hormones at all.

However, the possibility for women who have five or maybe six hormones at elevated amounts was doubled, while those women who have seven or eight hormones tripled the chances of developing cancer.

The US group of researchers contrasted blood samples with eight hormones in them gathered from a number of 33,000 nurses ranging from the ages 43 to 49.

They incorporated various kinds of estrogen, testosterone as well as some other “male” hormones, otherwise known as androgens, and prolactin, a hormone that triggers breast milk production.

Amounts of IGF-1 (insulin-like growth factor 1), a growth hormone which is an insulin biomarker, were measured as well.

For a time frame of nine years, the group of scientists identified a total of 320 women in their post-menopausal age that had been diagnosed with breast cancer and are not having any hormone-replacement therapy.

The amount of hormones in these patients with cancer was compared with those women who have not acquired the disease.

The results revealed that “ER positive” breast cancers, which have molecular receptors that are sensitive to the hormone oestrogen, were the most affected by the hormone amounts. This was recently published in the journal called Breast Cancer Research.

Dr. Shelley Tworoger, the head of the study, from Brigham and Women’s Hospital in Boston, stated that increased amount of oestrogens had the greatest effect on possibility, particularly for ER-positive (or oestrogen-sensitive) cancer. But it should be noted that prolactin as well as androgens do contribute to raising the likelihood of breast cancer.

According to Tworoger, these hormones have been known to trigger the development of breast cancer cells in the laboratory, even though androgens in the body can be converted to oestrogen, these hormones have been discovered too to trigger growth of cancer cell if there is no ER (oestrogen receptors). Their results implied that the models that were used to evaluate breast cancer possibility may be enhanced by considering levels of multiple sex hormones and growth hormones.

Women rated in based on the amount of hormones they had that were beyond the normal levels for their age. But based on an individual alone, the greatest amounts of circulating oestrogens, androgens, or prolactin more or less doubled the usual possibility of breast cancer.

On the other hand, the amount of various hormones at increased levels also held a noteworthy effect on risk. The study discovered that women who had no hormones beyond the normal levels had a considerably decreased risk of cancer.