Health Workers Soon to be Vaccinated vs H1N1 Virus – DOH 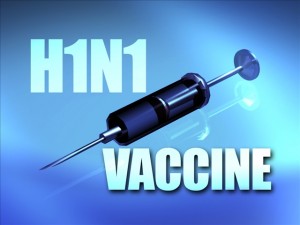 The Department of Health (DOH) announced last Wednesday that health workers all over the country will be vaccinated against the A(H1N1) virus during the latter part of April as part of the country’s response to the pandemic.

“Our frontline health workers are at higher risk for getting the disease than ordinary people due to their larger probability of exposure. In addition, they may also transmit the infection to other patients, as well as their families and co-workers, so it is appropriate that they be given priority now that the vaccines are ready for deployment”, Health Secretary Esperanza Cabral said.

The Health Chief noted that more than 420,000 health workers at the national and local levels and the public and private sectors will benefit from the vaccine. The 1.9 million doses of the vaccine arrived during the last week of March and are being shipped to the different regions of the country. Health workers from the regional health offices and local government units have been oriented prior to the distribution of the vaccine.

The vaccines represent the first tranche of the promised 9 million doses by the World Health Organization (WHO) as part of an agreement with the Philippine government signed on November 25 last year.

The endowment, according to WHO Director General Margaret Chan, is part of the WHO’s pledge to make distribution more equitable and fair to protect poor and vulnerable populations in developing countries’.

The WHO made its commitment during the 60th Session of the WHO Regional Committee for the Western Pacific in September last year where it said that donations from developed countries and pharmaceuticals are enough to cover 10% of the population of the developing world. WHO requested the Philippine government to authorize the use of these vaccines.

Cabral said that next in the priority list for vaccination are about 2.5 million pregnant women. Subsequent shipments will be given to other priority groups such as children six months to five years old, those 60 years old and above, and those with chronic medical conditions.