Get Rid of Sinusitis 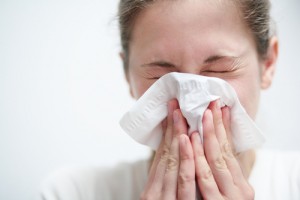 Sinusitis can be a pain in the neck. Did you know that it actually affects more than 20 million individuals in the United States each year? If you are among those who are unfortunate frequent sufferers of sinusitis, then you need to know more about it and how you can actually get rid of it in just 4 easy steps.

Sinusitis is when there is an inflammation of your sinus cavities. Your sinuses serve as your drainage. They can be described as hollows filled with are and are located just around your nose and eyes. When there is sinusitis, you can expect there will be lots of pain. It can get very tiring for you.

What the sinuses do is that, normally, they help to purify as well as moisten the air that you inhale before it gets to the lungs. The cilia, or the nasal hairs, function as filters that strain bacteria along with other harmful toxins and keep them from getting into the sinuses. But, if there is swelling in your nasal passages, bacteria can get stuck in the sinus and could cause infection and inflammation.

There are a number of factors that can contribute to sinusitis. These are:

The most frequent causative factor of sinusitis is cold that resulted from a bacterial infection. Aside from that, natural health experts find the rising levels of air pollution could also bring about sinusitis.

It is important to understand what sinusitis is and what factors lead to it so that steps may be done in order to keep it from happening to you. The following are 4 simple steps that you can do in order to get rid of sinusitis.