Genetic Influence on a Patient’s Response to Cancer Therapy 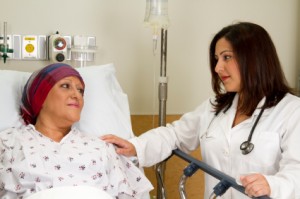 A major shake-up on a client’s response to cancer therapy has been recently published in the leukemia journal, Blood last January. The research was financed by the Leukemia and Lymphoma Research charity. Scientists from Newcastle University formulated the conclusion that about 20% of population has a variation in the genes which plays a vital role in effect of the treatment implemented to clients with rare blood cancer disease.

The death of the cells in the body is controlled by the CD95 gene. With the study conducted, an abnormality in the Cd25 gene could determine how a patient would survive certain types of cancer such as lymphoma, breast and prostate cancer. This based on the findings gathered from examining 213 cases of individuals diagnosed with acute promyelocytic leukemia (APL). In the United Kingdom, approximately 200 people are diagnosed with this type of cancer. Disproportionately, the condition is affecting young adults. What made APL, a highlight of the study is the fact that survival rates from this condition are quite steep. Furthermore, most APL cancer sufferers are completely healed with treatment.

Abnormality in the variant of the CD95 gene decreases an individual’s chances of survival. Around 64% of APL study participants have the gene variant while 79% have a normal CD95 gene. The former group has shown less improvement with the implementation of cancer treatment. A few weeks after diagnosis, individuals with an abnormal gene variant die from infection, a life-threatening complication of leukemia which is not responsive to treatment.

APL clients with the variant gene had 5 times likelihood of dying from infection. The findings of the study are essential in identification of clients vulnerable to developing life-threatening complications. This would guide doctors to treat patients differently and appropriately to minimize the life-threatening risk of poor response to treatment. However, although these findings are important, the clinical theory is still subject to further research and experimentation. In the past, APL clients are treated by combining chemotherapy and drugs based on Vitamin A which is called ATRA. With the research conducted, patients with the risk gene variant show a higher survival rate if they are given higher doses of ATRA plus the chemotherapy.

A client’s ability to fight leukemia is determined on the protein produced by CD95 gene. This explains why an abnormality in the gene can cause a different response to the therapy. It is the CD95 gene that kills malignant cells. A reduction in the response of the gene would increase the life-span cancer cells which are rapidly multiplying in the blood. To restore the ‘malignant cell killing’ processes, ATRA should be administered. Thus, increased dose of ATRA is perfect for APL clients with the risk gene.

APL is an aggressive condition. However, advancement in its treatment has significantly improved over the years. With the findings generated from this research, a more ‘individualized treatment’ would push the survival rates of APL patients higher.