Genes: Boss of a Person’s Destiny 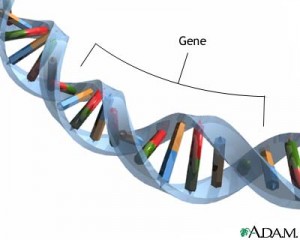 Researchers from the immunology division of Water and Eliza Hall Institute gave out a conclusion on how the fate of a cell can be caused not only by external factors but are also determined by internal processes. The major shake-up was voiced out after studying B cells, which are types of immune cells that makes the antibodies. This paved way on the theory how cells are in control to what will happen to them.

There are lots of possibilities to what might happen to a B cell. Some would die, while others divide and become either an antibody-secreting cells or change the produced antibody. These processes take place when the white cells are multiplying in the lymph nodes. The commonly held view about the end-life cycles of cells are believed to be caused by external process. This concept was argued as the head of immunology, Professor Phil Hodgkin, stated that they are actually greatly affected by internal factors. The same is declared by the researcher’s colleagues Dr. Mark Dowling, Dr. Cameron Wellard and Ms. Jie Zhou.

Testing Out the Theory

The theory of these medical professionals was tested as they recreated factors required for the development of B cells into another cell type. The development of the technology used for the research was made possible with the cooperation of Dr. John Markham from the National Information and Communications Technology Australia. He also devised the formulated the image analysis tactics. To further enhance the experiment, another expert was brought into the team. Dr. Ken Duffy, a mathematician at Hamilton Institute at the National University of Ireland Maynooth, showcased probabilities that are essential in understanding and interpreting the behavior of 2500 filmed cells. The result of the study was published in Science Journal.

Based on the study, the destiny of a cell, is determined by an ‘internal machines’ that serves as a clock or timer that would classify which cells would be used for division or the type of antibody they will be making. Death and type of cells are also determined by these tiny components. No matter what the cell does, once the machine is set to a certain activity, then that’s what happens.

During the study, the cells were also exposed to external process that could damage or affect the longevity or function of a population. However, the study proved that cells end up in a different rate at the same external factor. Professor Hodgkin further added that hormones and other external processes do not determine the outcome of a cell. Rather they are just trying to modify the biological purpose or destiny of cell.

The results of this study are essential in designing treatments for autoimmune diseases and improving the efficacy of vaccines.