Fewer Pinoy Nurses Seeking Employment in the US 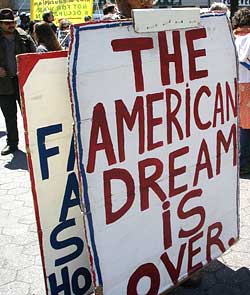 According to TUCP secretary- general and former senator Ernesto Herrera, the number of Filipino nurses who took the US Nursing Licensure Examination has plunged.

From January to September this year, only 11,854 Pinoy nurses took the National Council Licensure Examination (NCLEX), compared to the 15,079 nurses who took the test in the same period last year 2008.

From July to September of this year alone, Herrera said only 3,582 Filipino nurses took the NCLEX for the first time, down by 1,660 from the 5,242 that took the test in the same quarter last year.

Despite the fact that NCLEX testing center was established in Manila (opened last July 2007) to make it easier for nurses to take the exams, there was still a sharp decline in the number of Filipino nurses who want to take the NCLEX.

“The recession in the US might have discouraged nurses from applying there”, Herrera said.

He also noted that according to US Department of Labor, 7.6 million Americans have lost their jobs since the start of the US recession in December 2007. The number of unemployed Americans has doubled to 15.1 million, with the national jobless rate at 9.8 percent.

But Herrera said Filipinos still account for four out of every 10 foreign nurses seeking to enter the US nursing profession.

Tags: job nursing usaJobs in the US for Filipino Nurses 2009nursing jobs america