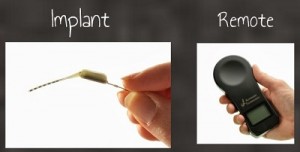 Allie has always been fascinated by technology and new discoveries. For her, they were interesting and were ways of improving things. One afternoon, she was browsing the internet to check out new innovations in the healthcare profession when she encounters the terms “Electronic Aspirin.” “Hmm, sounds interesting, looks like there’s some development in the pharmacology department” she quips as she clicks the link and reads on.

Electronic Aspirin: How it works

Statistics show that chronic headaches and migraines are extremely common, affecting 45 million Americans and can significantly affect one’s quality of life, which may sometimes lead to someone having to avoid certain activities or hobbies which may exacerbate the pain.

It is the belief of Medical Professionals that a facial bundle known as sphenopalatine neural structure (SPG) is associated with severe headaches and migraines. Specifically, researches have shown that sphenopalatine ganglion (SPG) nerve cluster(sympathetic, parasympathetic and some sensory) is thought to be attributed to nasal problems, migraines, cluster headaches and other miscellaneous pains in the head and face areas. It lies in a bony cavity called the pterygopalatine fossa, which is deep in the midface. It supplies the lacrimal gland, paranasal sinuses, glands of the mucosa of the nasal cavity and pharynx, the gingiva, and the mucous membrane and glands of the hard palate.

In many cases, common aspirin tablets are ineffective in treating this pain, as there is no treatment found to be working against SPG. In this regard, with more research and investigation, an innovative technology known as Electronic Aspirin has been made to relieve pain. The device developed works primarily by enabling patients to interface with SPG signals at the prime stage of the headache.

The Electronic Aspirin is a technology under clinical investigation at Autonomic Technologies, Inc. (Redwood City, CA) is a patient-powered tool for blocking SPG signals at the first sign of a headache. The system involves the permanent implant of a small nerve-stimulating device in the upper gum on the side of the head, which is normally affected by headache. The lead tip of the implant is connected with the SPG bundle, and when a patient senses the onset of a headache, he/she places a handheld remote controller on the cheek nearest the implant. The resulting signals stimulate the SPG nerves and block the pain-causing neurotransmitters.

How it is implanted

For patients, the implant procedure to get the almond-size device implanted is almost as easy as a wisdom tooth extraction. The device is situated behind the nasal passages and eye sockets, as the SPG  bundle of nerves is actually outside the brain. The implanted device has a tiny tail that sits against the nerves. So, when patients feel headaches coming on, they simply hold a smartphone-sized remote control to their cheek that sends a radio signal to the implanted device, which then triggers a slight electrical charge to stimulate nerve cells. What’s interesting about this device is that the patient can turn it on and off as needed. The patient can also leave it as is or take it out, when no longer necessary.

Autonomic Technologies has been approved to treat migraine and cluster headaches in Europe, and the company is currently waiting for the FDA to approve them for testing in the U.S. The tests performed in Europe were the largest randomized, controlled neurostimulation studies performed.