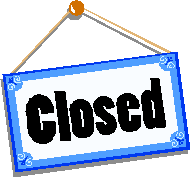 A Total of 177 nursing schools in the country face closure for not producing any single graduate who passed the nursing licensure exams in the last five years.

This was according to Commission on Higher Education (CHED) Chairman Emmanuel Angeles during the launch of Ched’s partnership with the Kapit Bisig Para sa Ilog Pasig (KBPIP) Foundation for the cleanup of the Pasig River.

Angeles said CHED is currently “verifying” their data before issuing an order to the schools to phase out their nursing programs.

The agency’s crackdown on poor performing nursing schools is part of his administration’s campaign to raise the standard of education in the Philippines.

Last month, Ched announced it would close down six law schools because not one of their graduates passed the Bar exams in the last five years. Another 38 maritime schools were also being monitored for the same reason.

Angeles also announced that warnings would be issued to schools whose passing rates are above zero but below the national average.

“We are way behind our neighbors like Singapore, Malaysia, Thailand, and soon, Vietnam may even surpass our standard,” Angeles said.