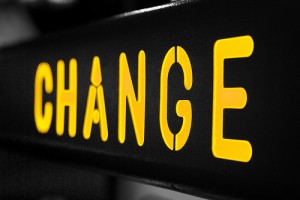 Toni Davis has been oriented to a nursing home since her childhood, spending lots of time where her mother acted as the director in such a facility in West Orange, NJ. It is that place where she has witnessed how the residents have pleaded with her to take them home with her, making her curious to such requests.

Now that she herself is the director at Green Hill Retirement Community, a nursing home and assisted living facility much like where her mother used to work, she is resolute in turning it into an area such that patients will find little to no reason for leaving. She has included features such as fish tanks, bird cages and also put up pictures on the walls, with the corridors now having carpets. Dogs have also been brought in for pet therapy.

Yet, the nursing home still looks like the way it has always been: a nursing home. She said that despite her efforts, it still doesn’t feel “homey” because of its big size.

So, together with about 2 dozen other operators of nursing homes in the country, Ms. Davis is attempting something completely different.  She has launched four petite Arts and Crafts-style residential places for elderly patients this year, just at the back of two big institutional structures on the Green Hill campus.

There are only 10 residents in each “Green House”, which does not look much like conventional nursing homes. The front door leads to a big living and dining section; one side has a hearth which has upholstered chair surrounding it, while on the other side there is a long shared dining table where residents have their meals served. There is an open kitchen facing the table, making it possible for caregivers to have chats with the residents as they prepare the meals.

The central living area is surrounded by private bedrooms and baths. There is a front porch as well as a back deck placed with tables and chairs. No nursing stations, no medicine carts (but every room a locked cabinet is placed where the medications of the residents are kept), no corridors, and no trays of food (delivered to each room) can be found in each house.

At the moment, 117 Green houses are in the United States, a piece of a subtle, yet fascinating labor to de-institutionalize the care for the elderly. The movements stems from the 1987 Nursing Home Reform Act, which stated that long-term care residents hold the right to be liberated from neglect or abuse. Nursing homes all over the country have attempted several other techniques to be more “resident-centered”.