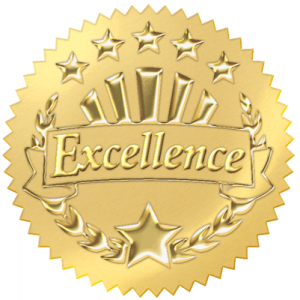 The shortage of health care professionals has led to the increasing demand for skilled nurses to fill in positions in the largest sector in the healthcare industry – nursing.  This in effect brought about immense enrolment in nursing programs that also triggered the mushrooming of nursing schools, which most are substandard.  The competencies of becoming a nurse rely mainly on the education that the nurse receives in her baccalaureate program and therefore, quality education is a must.

Data from the Commission on Higher Education (CHED, 2006) reveal that there are about 460 nursing schools that offer the Bachelor of Science in Nursing (BSN) and graduate approximately 20,000 nurses annually.  As of 2006, the largest nursing school in terms of student population had an average of  15,000 while the smallest had an average of 70.  Because of the increase in enrolment, many nursing schools’ performance in the licensure examination have been greatly affected.  Although there are other measures for quality, the passing percentage speaks for itself.  This can be attributed to factors such as lack of affiliating hospitals, qualified deans and faculty members, and stringent student monitoring and evaluation among others.

Currently, many if not all nursing schools are experiencing tremendous decline in nursing enrolment.  Some nursing schools have shut down their operation as there are not enough students to fuel it.  Several factors can be attributed to this curtail ranging from the “oversupply” of nurses, issues in nursing, and to the ascend of more in-demand courses/ professions.  The implication is that, only the BEST can withstand the test of time in this current situation in nursing education.  With this, it is worthwhile to recognize nursing schools that have excelled throughout and rose among others, as such they are regarded as Center of Excellence in Nursing Education.

The Commission of Higher Education recognizes the public or private higher education institution which have demonstrated the highest degree or level of standard along the areas of instruction, research and extension. The Centers of Excellence (COE) also provide institutional leadership in all aspects of development in specific areas of discipline in the various regions by providing networking arrangements to help ensure the accelerated development of HEIs in their respective service areas.  To date, there are only 10 colleges and universities that are reputed as Center of Excellence in Nursing Education:

It is worthwhile to note that of the recognized, only 3 are situated in Metro Manila inspite of having the most number of nursing schools in the country.  This poses a challenge to the remaining nursing schools to continuously innovate programs that are excellent and responsive.  These schools are hoped to serve as models and assist other nursing schools to attain similar or better standards and quality education.