Celebrities Who Were Once Nurses 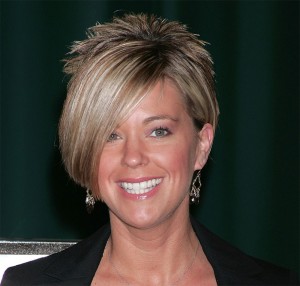 You often see them in television. You’ve watched their movies. You’ve even tuned in to watch their commercial ads. You’ve admired their talents in acting, modeling and singing. But what would you say if you find out that some of the celebrities you’ve admired from afar also have a background in nursing? Awesome, right? Who would’ve thought that some of those people you see on TV also had the passion to serve and care for the sick? Let’s take a break from all the toxicity and busy-ness our nursing career brings and take a look at some celebrities, who we never thought were nurses before they became famous.

Kimberleigh “Kim” Zolciak is an American TV personality who first appeared in reality television series The Real Housewives of Atlanta. She is also known for her hit single country album Tardy for the Wedding in 2009. This housewife of Italian descent studied nursing at the University of Connecticut and graduated in 1996 as a Licensed Practical Nurse.

Before being a multi-platinum-selling artist in Canada and achieving gold-selling record in the U.S, Brandt was once a nursing student at Calgary’s Mount Royal and then spent two years as a pediatric nurse at the city’s Alberta Children’s Hospital. He seemed to have inherited this inclination to the medical profession from his father, who was a paramedic. “When I was growing up,” Brandt has said, “I knew that whatever it was that I was going to do, I wanted to make a difference somehow.”

When Hunt got a small part in the 1988 Tom Cruise and Dustin Hoffman drama Rain Man while working at Northwestern Memorial Hospital as an oncology nurse, her patients were her first fans. When Hunt had second thoughts on going to California, it was the people she has treated that encouraged her and told her to “Go. Don’t fear failure. Go and fail, you’ll fail many times.” Hunt took their advice and has been successful as an actress, writer, comedian, talk show host and director ever since.

Kate is an American television personality widely known as a mother of sextuplets or multiple child birth of six.  She also appeared in famous television shows such as “Dancing with the Stars”, “Celebrity Apprentice” and the present reality series “Kate Plus 8”, signifying her sextuplets plus her twins. A loving mother of 8, Kate once worked as a Labor and Delivery Nurse at Reading Hospital until 2004.

Anna Mae, aka. Tina Turner is a Singer, dancer, actress and author who began her musical career in the mid-1950s. She was listed at the 17th place on Rolling Stone‘s list “The 100 Greatest Singers of all time”.  As interesting as it is, having her own star on the Hollywood Walk of Fame and the St. Louis Walk of Fame once started as a nurse’s aide at Barnes-Jewish Hospital.

Paul Belebersycky “Paul Brandt” is a Canadian country music artist who became widely known for his first single My Heart Has a History, a number 1 hit in Canada. His debut album “Calm Before the Storm” was certified Gold by the Recording Industry Association of America in 1997. He achieved multiple awards as a Country artist, and so did his songs.

It’s interesting to know that Paul’s career as an artist was made big during his years in the Medical profession. He was a former Pediatric Registered Nurse who had a goal of one day becoming a doctor. He started entering and winning talent competitions, where Label Executives stated to notice him.  By the time he reached 21, Brandt had been signed to a seven-album deal with Warner/Reprise Records Nashville. By 1996, Brandt had become the first Canadian male Country Artist to reach the Billboard Top Ten in the US, that gave way to a sequence of number one hits as well as gold and platinum albums.

Julia Mary “Julie” Walters is an English actress and writer who won two British Academy Film Awards, four British Academy Television Awards, and in 2014, the BAFTA Fellowship or Academy Fellowship which is the highest honour the Academy can bestow.  She came into the spotlight in 1983, playing a role in the film Educating Rita which earned her an Academy award nomination as best actress. She also appeared in several huge film productions including Harry Potter as Molly Weasley, Calendar Girls and Mamma Mia among many others.

At 18 years of age, she trained as a nurse at the Queen Elizabeth Hospital, Birmingham. She worked for 18 months in the ophthalmic, casualty and coronary care wards.

The West Wing, Desperate Housewives, and Ally McBeal are just one of the most popular TV shows Joosten has starred at. But before she made it to the American entertainment history, our sweet Joosten was once a psychiatric nurse at Chicago’s Michael Reese Hospital.

Robin is an American radio broadcaster best known for co-hosting The Howard Stern Show for more than three decades. She is also the author of best-selling book “The Vegucation of Robin: How Real Food Saved My Life” after having a battle with cancer. Robin earned a degree in Nursing at the University of Maryland, and worked at the Maryland Shock Trauma Facility of the Maryland Institute for Emergency Medical Services System. She furthered her practice by joining the U.S Air force, where she was promoted to the title of captain before her discharge in 1978.

Before Naomi Judd and her daughter Wynonna Judd made it big as country’s most famous mother-daughter singing duo, she was a single mother struggling to raise two daughters on her own. The tragic death of her brother at the age of 17 has prompted Judd to be an intensive care unit nurse and a midwife. While working at a nurse, it was actually a patient Judd was treating that landed her daughter an audition with the record label RCA. Together, they rose to stardom. After winning five Grammys, she had to retire from music in 1991 but she is now a health advocate for the said disease.