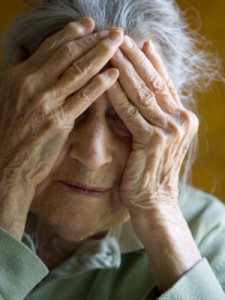 Sadly, one of the most progressive problems our nation is facing is nursing home abuse. The chief reason for this occurrence is due to the large population of the elderly. About 1/3 of the 1.8 million elder residents have reported cases of abuse in nursing homes. Abuse may be physical, sexual emotional or psychological. Neglect is also another form that has been reported frequently.

A nursing home in Petaluma, California is currently involved in a nursing home abuse case. The said nursing home abuse case originates from statements filed on the account of a woman, 80 years of age, who had suffered from infection, dehydration, and malnutrition. The physical manifestations were acquired during her stay at a long-term care establishment. The presented health problems resulted to hospitalization of the said client. The lawsuit was filed and worked out by the son of the woman.

The 80-year-old patient’s tale is that  she required advanced care at the nursing home for the reason of an injury she went through while not getting the proper care at her home. The woman got into the nursing home with the anticipation of getting proper care as well as time to get well from her injury, but, to her demise it only resulted in a much worse condition than when she got in.

The elderly patient had a broken hip during her admission to the nursing home where she began to reside full-time last February 18 and has been living there until March 12.

Based on the lawsuit, the elderly patient was refused proper care for the duration of her stay and was also deprived of water, food, wound care, medical evaluations as well as monitoring. Due to the lack of care, the patient was admitted on March 12 to a hospital with clinical manifestations of malnutrition, serious infection, and dehydration. At present, the patient is receiving hospice care at her own home.

The hospital where the elderly patient was admitted detailed the suspected abuse in the facility. The ombudsman program deals with complaints of elder abuse as well as provide training for volunteers to visit nursing homes in the county, residential care and also long-term care facilities. Volunteers there take care of complaints with issues ranging from cold food to the more serious ones like allegations of abuse. Should there be additional proof of suspected abuse to be discovered, the neglect and abuse claims are submitted to law enforcement or the department of public health in the state based on the matter and whether it is applicable to the law.