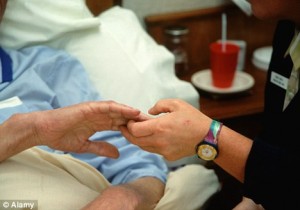 On June 10, 2011 ‘The Bellingham Herald’ published news regarding the sanction faced by a nurse due to having a sexual relationship with a patient cared for mental health issues. Micheal Alan Gregory, an advanced nurse practitioner has been charged with unprofessional conduct by the Nursing Care Quality Assurance Commission. The extent of the sanction still depends on the ongoing progress of the case as reported. The nurse has been cooperating with the investigation and has voiced out a hope for a fair and impartial outcome of the case.

The following accusations were charged against Gregory:

On the same online publication, another incident of crossing the nurse-patient relationship boundary was reported last September 26, 2011. A licensed practical nurse, Julie A. Milstead, developed an unprofessional relationship with a male patient. The extent of the improper conduct included kissing and sending seductive SMS during treatment on September 16-21 of the same year at PeaceHealth St. Joseph Medical Center.

Based on the reports, the patient asked Milstead to kiss him before discharge which the nurse willingly did. Their relationship went on after that with SMS evidences and suggestive photographs. Accordingly, Milstead’s employment ended up November 1 this year.

Case Number 3: Nursing Assistant Involved in a Sensual Relationship with a Patient

The license of a Whatcom County nursing assistant has been suspended by the state for the reason that the said nursing assistant was involved in a romantic and sexual relationship with one of the patients at the assisted living facility where she was employed. The report was published last October 28, 2011.

Patricia Arroyo was accused by the Department of Health for initiating a relationship with the unnamed patient back in January. This relationship involved romantic dates in which fondling and kissing were done by said nursing assistant and the patient. She was dismissed back in January right after the patient disclosed the relationship to the administrator of the Bellingham facility, as said by the department.

Right after Arroyo was dismissed; the two carried on with the relationship and even engaged in sexual contact, according to the department charges.

The patient was a “vulnerable adult” according to the state. He is going through paranoid schizophrenia, based on the documents collected as element of a protection order requested by the family of the patient.

The state has suspended the license of Arroyo this month.

Having sworn to look after ill-patients, nurses are also bound to follow certain ethics when implementing care. These codes of conduct are put together to generate unbiased nursing services to all people. Having more and more cases of improper misconduct done by nurses, should we reinforce these acts or strive on keeping codes of professional ethics? What’s your idea on this one?

Tags: Cases for Having an Affair with a PatientNursing License Suspension