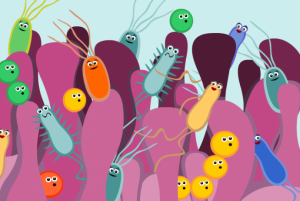 A study led by Washington University School of Medicine in St. Louis implicates that an imbalance of certain gut microbes appears to be the underlying cause of a frequently fatal intestinal illness in premature babies.

According to study author Phillip I. Tarr, MD, the Melvin E. Carnahan Professor of Pediatrics, “premature infants who survive the first two weeks of life have a much higher risk of dying of necrotizing enterocolitis than of anything else. We’re pleased that our work now identifies classes of bacteria on which to focus future investigations of treatment and prevention strategies. We would like this study to open discussions about what the next steps should be to protect premature infants from this destructive disease.”

Who were included in the study?

About 6 percent of the infants in the study developed the disease. Of those with the condition, 36 percent died. In the 94 percent who did not get necrotizing enterocolitis and served as the control group, two babies, about 1.7 percent, died from other causes.

The research, which has been published in the journal The Lancet on Marh 8, 2016, showed that babies who developed necrotizing enterocolitis had higher proportions of Gram-negative bacteria and lower proportions of strictly anaerobic bacteria in their guts compared with babies who didn’t develop the disease. The Gram-negative bacteria concerned in the study are classified as Gammaproteobacteria and include organisms that are well-known for causing serious infections and driving inflammation (Escherichia coli (E. coli), Klebsiella and Enterobacter).

Results of the study suggested that having more anaerobic bacteria in the gut protects against necrotizing enterocolitis. Such organisms included classes of bacteria called Clostridia and Negativicutes, which might possess anti-inflammatory capabilities.

Study author Barbara B. Warner, MD, professor of pediatrics described the disease progression as an inflammatory process that starts on the inside of the gut and results in tissue death. And while some babies respond to antibiotics, there are many hat need surgery to remove dead tissue.

Furthermore, it has been observed that the differences in microbial content were most apparent among infants born prior to 27 weeks of gestation. These very premature babies also are at higher risk of the disease than babies born after 27 weeks. So while the condition can develop at any time during the first two months of life, it often doesn’t occur until after the first month, especially in the most premature babies.

At present, the investigators are focusing on strategies for correcting imbalances in intestinal microbial content to prevent the onset of necrotizing enterocolitis.