It’s Pia’s first day to go on duty at the Medical Ward. She is a 3rd year nursing student, and being a few steps away from her lifelong dream, she is determined to learn every single thing that she can. Back when she was a child, she would always play dress up, make a DIY nurse’s cap and act like she is caring for her doll patients. Now that she is all-grown up, she decided that it is time to make that childhood dream come true, thus the reason why she took up nursing.

Though she is still a nursing student, she already understands that there are no space for mistakes and jokes in this profession. Everything must be dealt with seriously since actual lives are involved here and not just lifeless dolls.

A believer of the saying “Knowledge is power,” she grabs every opportunity that she can at learning. For her, with great knowledge, she is one step into becoming a good nurse. She scans the chart, studying the patient’s condition and everything that relates to it. She scans through doctor’s orders, medications due, Intravenous Fluids to be infused, and many more. As she is reading the doctor’s orders, she reads something that confuses her. The patient is scheduled for an “electrogastrogram” today.

“What? Electrogastrogram? Is it really electrogastrogram or is this meant to be an electrocardiogram?” she asks herself. With brows furrowed and a confused mind, she approaches her Clinical Instructor to clarify the order. Maybe she just read it wrong? Afterall, some doctor’s handwriting can be confusing sometimes that you mistake one term for another. Or does electrogastrogram really exist? Is there such a thing? 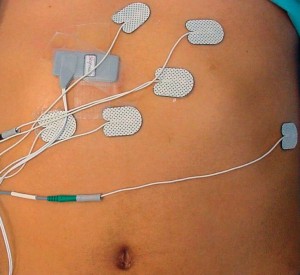 Some may not believe it at first, but there really is a thing called electrogastrogram and it is very similar with the procedure that we know as the electrocardiogram. Electrogastrogram, or EGG, is a recording of the electrical signals that travel through the muscles of the stomach and control the muscles’ contraction. It also measures stomach wall nerve activity before and after food ingestion.

It is usually ordered if it is suspected that the muscles of the stomach or the nerves controlling the muscles are not working normally. This typically happens when there is a problem with recurrent nausea and vomiting, which are signs that the stomach is not emptying food normally.EGG commonly identifies dysrhythmias, especially after meals, in patients with cases ofgastroparesis, chronic dyspepsia, anorexia nervosa and bulimia, cyclic vomiting syndrome, and other conditions characterized by a delayed gastric emptying.

If the EGG is abnormal, it confirms that the problem probably is with the stomach’s muscles or the nerves that control the muscles.Gastric myoelectric activity is composed of mainly two complementary rhythms; slow wave activity, which is responsible for muscle contraction timing, and electrical response activity, which, on the other hand is responsible for triggering peristaltic contractions. EGG measures too much activity, tachygastria, too little activity, bradygastria, or mixed dysfunction of both too much and too little activity.

It can also be considered as an experimental procedure since its exact role in the diagnosis of diseases of the stomach has not been defined yet.

How is it done?

So, compared to an EKG where the electrodes are placed on the chest, an EGG requires several electrodes to be taped onto the abdomen over the stomach. These electrodes sense the electrical signals coming from the stomach’s muscles, and the signals are recorded on a computer for analysis. The recordings are made both fasting and after a meal with the patient lying quietly. This procedure is painless, has no known side effects and usually takes two or three hours.

As we deal with real lives, it is important that we nurses be knowledgeable and sure of every intervention that we perform. As we go on duty, may we always remember that there is no room for guessing games and that with even such a tiny mistake, may it be in administering medications or performing procedures, we are putting people’s lives at stake. And oh, our license, as well.