ORAL DOSAGE FORMS THAT SHOULD NOT BE CRUSHED 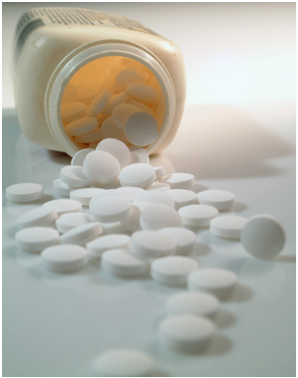 Drugs may have an enteric coating which is designed to allow the drug to pass through the stomach intact with the drug being released in the intestines. This protects the stomach from the irritating effects of the drug, protects the drug from being destroyed by the acid pH of the stomach, and can delay the onset of action.

Extended-release (slow release, SR) formulations are designed to release the drug over an extended period of time. These formulations can include multiple-layer compressed tablets where drug is released as each layer dissolves, mixed-release pellets that dissolve at different time intervals, and special tablets that are themselves inert but are designed to release drug slowly from the formulation. Some extended-release dosage forms are scored and may be broken in half without affecting the release mechanism but still should not be crushed or chewed. Some mixed-release capsule formulations can be opened and the contents sprinkled on food. However, the pellets should not be crushed or chewed. Some extended-release formulations can be identified by common abbreviations used in their brand names. These abbreviations include: CR (controlled release), CRT (controlled-release tablet), LA (long acting), SR (sustained release), TR (time release), SA (sustained action), and XL or XR (extended release).

Occasionally, drugs should not be crushed because they are oral mucosa irritants, are extremely bitter, or contain dyes that may stain teeth or mucosal tissue.

This table contains a list of drugs found in the Guide that should not be crushed or chewed. A liquid dosage form may be available for many of these drugs. However, the dose or frequency of administration may be different from the slow-release product. Check with your pharmacist for liquid availability and dosing conversions.