What You Need to Know About Swine Flu 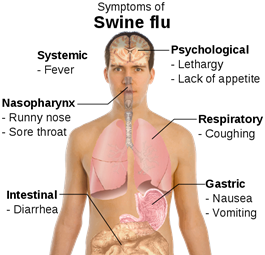 The signs and symptoms of swine flu are similar to those of influenza and of influenza-like illness in general:

Centers for Disease Control and Prevention