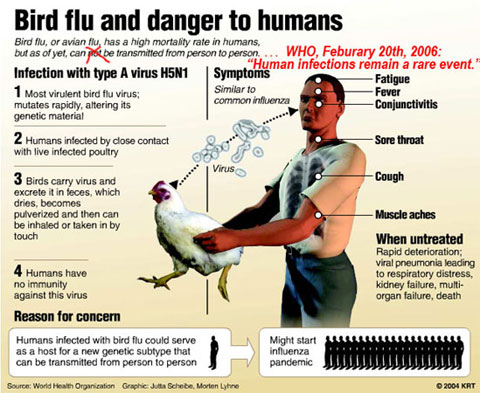 Avian influenza in humans can be detected reliably with standard influenza tests. Antiviral drugs are clinically effective in both preventing and treating the disease. Vaccines, however, taken at least four months to produce and must be prepared for each subtype.