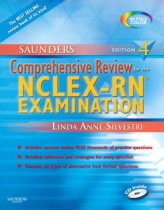 Saunders Comprehensive Review for the NCLEX-RN

There is a reason why the new edition of Saunders Comprehensive Review for the NCLEX-RN® Examination has been called the best NCLEX review book ever. Essentially, you’ll find everything you...

Why Do You Need to Take the CGFNS?

In order to obtain licensure as a nurse (RN or LPN/LVN) in the United States, it is important to note that licensure requirements differ from state to state.

Each state has unique laws and regulations for Registered Nurses (RNs). Differences are apparent between states in requirements for foreign educated nurses. Most states require that a foreign educated nurse have passed the CGFNS exam in order to apply for NCLEX exam. As best as we can determine based on a variety of sources, 42 states appear to require foreign educated nurses seeking RN licensure in their respective state to have CGFNS certification. The other eight states (Arizona, California, Maryland, New Mexico, New York, Ohio, Oregon and Utah) either require some, but not all, aspects of the CGFNS program, such as a credentials review, or nothing related to CGFNS programs.

How to Apply for NCLEX Examination

1. Apply for licensure to the board of nursing in the state or territory where you wish to be licensed. Contact the state board for the requirements. (Candidates must submit...