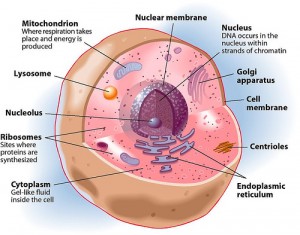 Cells are the smallest unit or the building block of all living things.

Anatomy of a Cell

Basic parts of a cell consist of:

The nucleus is located at the most central part of a cell which is surrounded by a semifluid component of a cell called a cytoplasm. The cytoplasm is enclosed by the outer cell boundary called the plasma membrane.

The control center of a cell is the nucleus. This part of a cell contains the genetic material called DNA (deoxyribonucleic acid) which is encloses all data of instruction for building a person’s protein and cell production.

Parts of a nucleus 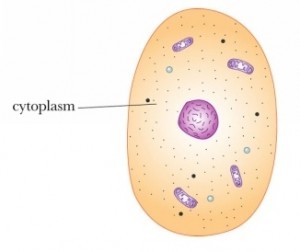 The cytoplasm is the area where cellular activities take place. It is located outside the nucleus and inside the plasma membrane.

Major elements of a cytoplasm